A case currently before U.S. District Court in Seattle may have bearing on the licensing of propeller guards and other propeller safety technologies.

In the past, some have said that swim ladder switches such at Keith Jackson / MariTech’s Prop Stopper could not be included in any USCG propeller safety regulation because they are a proprietary, patented design. 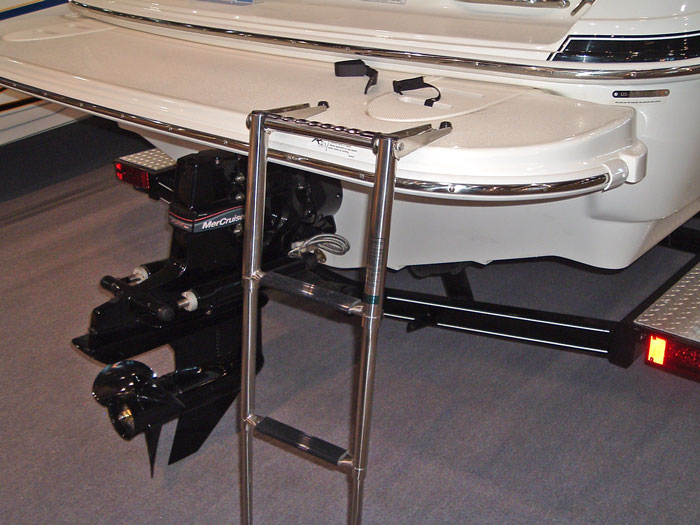 The Federal Government retains the right to step in and reset those terms if the licensor tries to gouge the other participants.

We have also relatively recently written of the Australian Environmental Safety Propeller and its effort to sign a licensing agreement with a manufacturer. As part of that discussion we mentioned how that discussion might proceed. We noted that mechanical devices often license somewhere in the range of 4 to 7 percent of sales. Another method is to request something in the range of 25 percent of the profits.

Yamaha recently released a propeller guard in Europe they claim meets all their expectations. If such a guard were to be accepted as an industry standard, it would face licensing issues similar to those faced by the swim ladder switch and the Safety Propeller.

Reference: Pivotal Patent Case Heads to Court: Microsoft, Motorola Mobility Face Off Over Paying for Technology That is Part of an Industry Standard. Wall Street Journal. November 12, 2012. Page. B4.

A very interesting case is coming to court in Seattle the week of November 12, 2012 that addresses both the points raised above:

Microsoft and Motorola are arguing over how much a patent holder can charge for a technology that is part of an industry standard. The case involves a Motorola (now part of Google) streaming technology. U.S. District Court Judge James Robart will decide what a RAND in this situation would be. A jury would then decide if Motorola breached their implied contract (exceeded the RAND for a technology included in an industry standard).

ECommerce Times indicates the gap between the two players. Motorola wants Microsoft to pay 2.25 percent of the price of each product including the technologies while Microsoft only wants to pay a nickle per product using the technologies. Apple is still on the sidelines in this case (they have similarly accused Motorola of gouging them on the same technologies) saying a dollar per product or less would be a reasonable fee for Apple to pay.

Its obvious the two sides are a long ways apart. It will be interesting to see what happens.