Exposed Propellers Are a Financial Hazard per Afloat Editorial 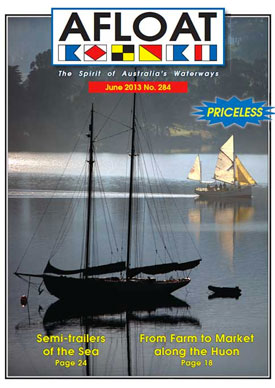 The June 2013 editorial in Afloat, an Australian boating and sail boating magazine, is titled “Exposed Propellers Are Now Both a Safety…. And Financial Hazard!“. The editorial by Robin Copeland strongly makes the point that Australian regulators and New Zealand Courts are charging and pursuing organizations that fail to provide safeguards for their employees and volunteers.

Prosecutors are setting precedents for workplace propeller safety around the world.

The editorial also notes Yamaha Motor UK released its own propeller guard in March 2012 and stated “a propeller guard is essential to reduce the risk of injury”. Plus Volvo Penta was issued a U.S. patent in June 2012 for a system detecting people in the water near the propeller.

A big thanks to Afloat and Robert Copeland for the fine article. It was supported by a letter to the Editor from Nick Minchin, father of the Army cadet in the propeller accident resulting in the military being fined, and previously a major figure in Australian politics.

Minchin’s letter is titled, “Unguarded Popellers and Humans Don’t Mix“. He talks about the military being fined and about how his son and family endured the horrific injuries his son suffered. Although his son has now partially recovered, he has been denied a military career due to his injuries. Minchin says he takes comfort in knowing no future cadet will be exposed to the dangers of an unguarded propeller. He then calls on boat owners and operators with outboard motors to understand that exposed propellers are lethal, and closes with “Propeller guards are a no brainer”.

In addition to their online distribution, Afloat has a monthly distribution of about 35,000 printed copies and is delivered to every sailing club in Australia.

Tremendous progress has been made in Australia in raising the awareness of the risk of exposed propellers. The government, state and territory governments, military, state coast guard / maritime governments, and boating media are much more receptive to openly discussing the issue than in the U.S. With this editorial, we expect even more progress in making propellers safer in Australia as they lead the world in addressing this issue.

This article comes on the heels of the Milligan accident in the UK which has generated a tremendous stir there. The UK is now also much more seriously examining kill cords, propeller guards, boater education, licensing, and other propeller safety devices for ways to prevent such accidents.