This review of Siobhan Beaubrun’s deposition is part of our much larger coverage of the Michael Meyer v. Carnival Cruise Lines et al. case resulting from a catamaran propeller accident on a cruise ship shore excursion.

Cox & Company, the tour operator, provided Siobhan Beaubrun, their Director of Corporate Affairs/Excursions, as their person to be deposed by Plaintiff attorneys for all questions regarding Cox.

We provide a lengthy summary of that deposition below for two purposes. First, as part of our coverage of the Michael Meyer v. Carnival, et al. case, and second, as an example of the type of testimony offered by tour operators in cruise ship shore excursion accident cases.

Some would say Siobhan Beaubrun was a less than reputable witness.

Siobhan Beaubrun changes her position numerous times, when shown and read brief legal clauses she interprets them to mean directly opposite of what they state, she changes the facts to suit Cox’s needs depending upon whom they are dealing with, she reasons out different interpretations of Cox’s own policies to meet her needs, she appears to make up facts when she needed them, she denies Cox’s involvement in things they have obviously been involved in, etc. When all her escape avenues seem blocked, she frequently resorts to, “I can’t answer the question.”

Plaintiff attorney Michael Eriksen does a great job of catching her misstating the truth countless times by giving her a little slack to concoct a story, then showing a document that shows otherwise, and trying to reel her back in, but sometimes even directly in the face of legal documents she tries to stand her ground on what seem like ridiculous positions. All the while, Michael Eriksen does this he does so without calling her a liar or really trying to break her down. He just gets each of the countless mistruths on record beside the evidence showing them not to be true and moves on.

Much of the discussion centers on Cox & Company claiming the U.S. District Court of Southern Florida has no jurisdiction over them. As we have said elsewhere, we think the cruise ship shore excursion accident legal procedure needs to be revised by offering a quick path to proving jurisdiction over these players is some list of certain criteria are met. At the present, Michael Eriksen and his legal team obviously put in hundreds of hours doing background research to identify almost countless ways in which Cox and Company was involved in things that could be construed as placing them under jurisdiction of the court. They were basically trying to come up with a preponderance of evidence to support their case v. meeting some short list of criteria that does not exist.

Cruise ship lines use jurisdiction issues surrounding shore excursion operators as a barrier to entry against potential litigants (injured passengers). Passengers considering suing cruise lines for incidents on shore excursions have to wait through a much longer legal battle and allocate a substantial portion of any potential winnings to pay for all the research and ground work done by attorneys such as Michael Eriksen trying to prove jurisdiction over these parties.

The deposition began at a beach resort in Castries, St. Lucia at 11:52am 20 August 2012 and was videotaped.

Direct Examination by Michael D. Eriksen, Attorney for the Plaintiff 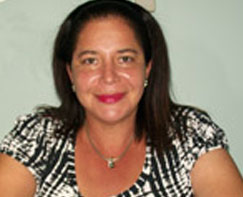 Siobhan Beaubrun, a lady, Director of Corporate Affairs/Excursions for Cox & Company, Limited signed the 18 April 2012 declaration requesting Cox be dismissed for lack of jurisdiction.(pg.6) She has been in her current position for 2.5 years and worked for Cox for 28 years.

Cox probably started doing tours in the 1950’s and has been working with the North American cruise lines since the 1980’s.

About 97 percent of their tourist visitors are not residents of the island. She had entered 95 percent as the percentage of their guest arriving by cruise ship in their 3 November 2009 application, and he later agreed that has generally been the case the last five years.

Her declaration said Cox does not have a mailing address in Florida, but the Plaintiff attorney asked him if Cox maintained a U.S. mailing address for its liability insurance and premium finance agreements for insurance for Cox excursions. Siobhan Beaubrun said that was not true.

Plaintiff attorney then showed her a two page agreement between Total Bank and Cox for an upfront loan to pay off their insurance payment due to Aon Risk Services of Florida (marked as Exhibits 4 and 5 on this date).

On page 29 of her deposition she was asked, “are you generally familiar with Royal Marine Insurance Group in Miami, Florida.

Plaintiff attorney asked, “Correct me if I’m wrong, but I thought you told me a minute ago that you hadn’t heard of Royal Marine Insurance Group in Miami. Is that true or not?”
She responded, “No, I did not say that.” (pgs.34-35).

The documents being discussed are premium financing agreements for insurance arranged by Insurance Services to pay Royal Marine for Cox’s insurance.

She said that to the best of her knowledge, we had to pay our insurance directly to our broker in St. Lucia. We had no agreement with Total Bank to arrange premium finance.

The signature on both forms in question was not legible. However in the upper left corner of both pages it says Cox & Company, and lists this address” 8300 Northwest 53rd Street, Suite 102.

She said she was not aware of these documents or who at Cox would have signed them at this time (in 2012).

She said they used Insurance Services Brokers, Limited as their broker in St. Lucia from 2003-2009. They had the authority to establish the insurance policy in behalf of Cox.

Then when asked if Insurance Services Brokers had the authority to sign the documents in question for Cox, she said no. They were not allowed to enter into a financial agreement. Cox did not know of or authorize this financial arrangement. (pg.47).

Then she said she could not say that was an unathorized act by Insurance Services Brokers Ltd because she did not know the circumstances they formulated that agreement.

Along comes Exhibit 8, a payment transfer ordered by Insurance Services Ltd requesting a wire transfer of funds from Cox & Company Ltd. in St. Lucia to the United States on behalf of the beneficiary, Cox and Company Ltd signed by Clem Bobb, owner of Insurance Services Ltd. The document provides an address for Cox and Company Ltd as 8300 Northwest 535 Street, Miami Florida 33166 USA. It was marked as Plaintiff Exhibit 9. (pg56). The funds were transferred to Total Bank.

Plaintiff attorney Erikesen asked her if that document appeared to be a transfer from the brokers she earlier mentioned. She said she would have to verify that with Insurance Services.

She responded, “I was aware of that, but as I indicated before, a lot of what you’re showing me is information that I was not even aware of.” (pg.59)

She said she has responsible for dealing with Insurance Services Ltd of St. Lucia, but Cox’s financial department is in charge of making the payments.

Cox is a family business. Her brother is the CEO and her sister is also an executive.

Plaintiff attorney began asking her about Plaintiff’s Exhibit 6, the Foreign Commercial Package Policy for Cox & Company Limited and its cover letter to Siobhan Beaubrun dated 13 September 2010. (pg.69). The Declaration of the Foreign Commercial Package Policy has as address for Cox and Company Limited at 1001 Brickell Bay Drive, Miami, Florida. When plaintiff attorney asked her, “What county?”, she responded, “It actually doesn’t say.”

She said she was not aware of that address being on the letter when she received it.

Prior to 2009, Cox used Ace American Insurance Company for their liability insurance. After Cox began doing business with Aon Risk Services of Florida, they moved to Chartis Insurance Company, also an American company, which they still use.

Cox has had a website for several years. It has been down at times, but is now back up and running. Plaintiff attorney pointed out the front page of Cox’s web site lists a Miami-Dade County phone number (a Verizon area code 305 number).

She said, its a phone line connected through the computer. When asked what the benefit was of having a Miami phone number, she said the main reason was to allow them to make calls within the U.S. and Europe more economically. She was unable to answer how the bill was received or paid. She thought they have had the number about two years.

Plaintiff attorney not pointed out Elanor Rae, Cox’s Director of Revenue has been using the 305 area code phone number in her email “footer” per Plaintiff’s Exhibit 11. (pg.81) Siobhan now said they have only had that number for more than maybe a year and a half (an effort to try to date it to after the Meyer accident in March 2011).

Next plaintiff attorney showed a May 15, 2012 email from Eleanor Rae listing the phone number with the phrase “Direct from U.S. and Canada”. When the attorney asked Siobhan what it meant, she said people in U.S. and Canada could call cheaper.

In Siobhan’s signed declaration dated April 18, 2012 (sort of a report) she said Cox and Company Limited has no agents located in the state of Florida. When Plaintiff attorney asked her what her understanding of “agent” was, she said it was a person or company that works on behalf of Cox and Company, represents the company in Florida. Then the attorney asked her if she had personally signed agent letters appointing Aon Risk Service, Inc. of Florida as Cox’s agent for any purpose in Florida? She said she knew she signed a document for Aon.

Then the attorney asked her if she signed at least one document like that at the time she signed her April 18, 2012 declaration. She said she did not recollect doing that. Out comes Plaintiff’s Exhibit 13 an October 2009 document signed by her appointing Aon as Cox & Company’s agent of record in the State of Florida. (pgs.87,88).

Now comes Plaintiff’s Exhibit 14 a brokers agent letter of authorization, another agent of record letter signed by Siobhan dated 26 October 2010. It also appointed Aon as the exclusive broker/agent of record for Cox.

Now comes Plaintiff’s Exhibit 15, a document similar to the prior two. This one is dated 26 October 2011 and signed by Siobhan.

They started talking about Plaintiff’s Exhibit 16, Carnival’s Standard Shore Excursion Independent Contractor Agreement. The first one was made in May of 2003. Over time the agreement was changed by various addendums. The addendums just added or deleted specific excursions from the list.

Now when reasked if 70 percent of more of the total tourist that come to St. Lucia get here by cruise ships, she said “I’d have to speculate. I don’t have all of these figures at my knowledge.” Back on page 22 of her deposition, she answered the same question with a ‘Yes”. Plaintiff attorney asked her the same question again on page 130 of her deposition and she said, “I can’t answer that.” Plaintiff attorney asked her if more than 51 percent came by cruise ship and she said, “I can’t answer.” (pg.131)

The Meyer incident happened at Magretoute Bay. The tour sometimes stops at Anse Chochon to allow the passengers to swim. The crew selects one of these or other sites based on how many catamarans are in the area. It depends on time of day and how many cruise ships are in port.

Cox collects the tickets at the excursion, then gives them back to Carnival for accounting purposes.

Continue to PART 2 of the Siobhan Beaubrun deposition