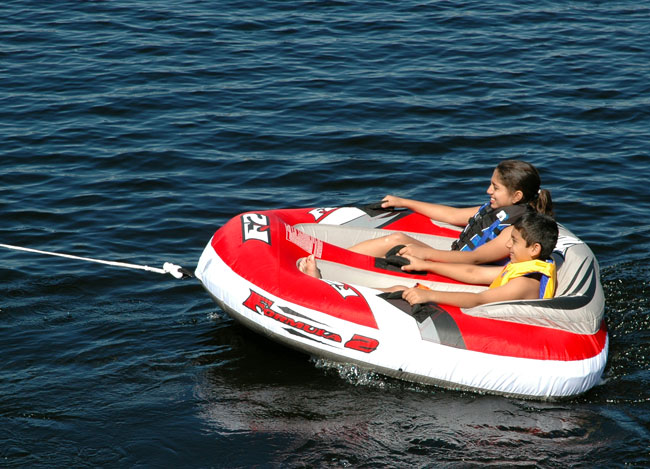 In the wake of the Emily Fedorko accident, BoatUS Foundation, the safety side of BoatUS used the Today Show to issue announce a warning today (18 August 2014).

Rossen Reports: ‘Like hitting concrete’: Tubing is popular, fund …. and can be deadly

They put Jeff Rossen (Today’s investigative correspondent) on a tube, towed him, tossed him off, and showed the proper way for the boat to circle around and pick him up.

BoatUS also stressed to always wear a life jacket and to have a spotter on board that always keeps those being towed in sight.

The brief video segment ends with being struck by a propeller referred to as a “propeller collision” and says “You can have a great time on the water and still be safe.”

We would add two comments to Today’s excellent piece that was pretty much a Public Service Announcement in the lack of action by the industry to create their own.

We have not see boat propeller accidents covered at this level in the national news since the late 1980’s and early 1990’s. (1989 CBS Good Morning and 1993 Inside Edition covering propeller guards). There was a little CNN coverage of the Sprietsma case in the late 1990’s but it was not as widely viewed.

Thanks again, to Jeff Rossen, BoatUS, and the Today Show!