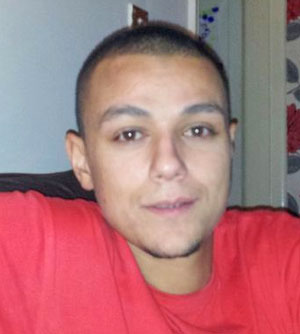 Earlier, we covered the 27 May 2013 Christchurch boat propeller death of Rico Dardis, a 30 year old UK rapper and father, in some of our efforts to record the history of boat propeller safety events in the UK. Since then, his death has often been in the news as authorities have been investigating the accident as a possible murder.

The last few days, several major UK papers have broken the gruesome story of Rico Dardis’ murder as it unraveled at Winchester Crown Court. The boat involved was named, “No Chance”. Paul Gerlach and Louis Borzoni are the men accused of murder. We will leave the remaining details to the UK media. Below we present images of two headlines (Mail Online / Daily Mail, and Mirror) with links to their respective media outlets.

We cover this story in part because it represents several other murders with boat propellers as the weapon of choice, and in part because of its location in the UK. The United Kingdom is still reeling from the 2013 Milligan accident and many other events. While this murder may not result in calls for boat propeller safety, it will keep propellers forefront in the minds of their citizens. 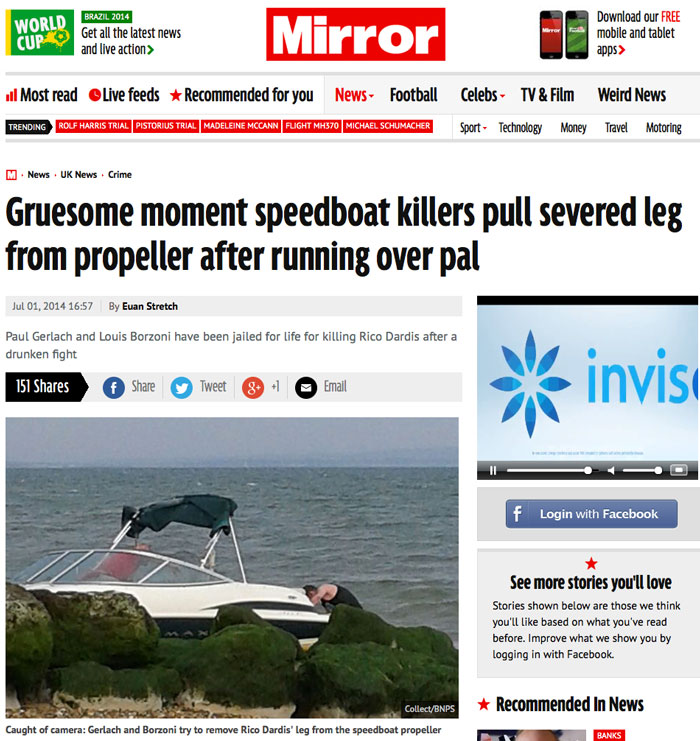 Mirror coverage of the Murder 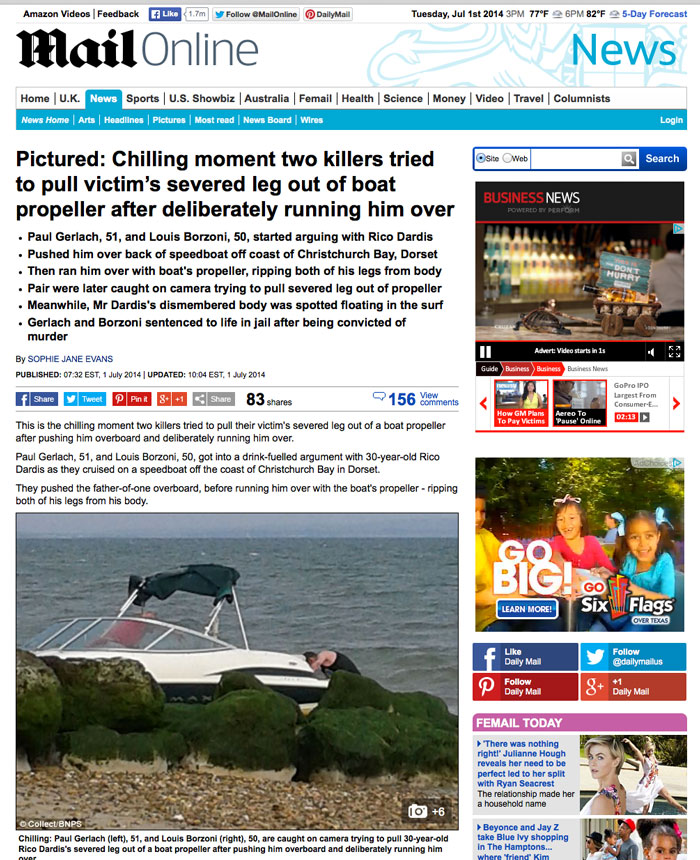