A brief review of the major propeller safety events in 2019 including safety meetings, accidents, legal cases, deaths of those involved in the movement, statistics, patents, articles published, public service announcements, anniversaries, regulations, and other related events.

A listing of some significant propeller safety events in 2019 follows:

2 March 2019 we published our invention based on a crowdsourced system to monitor recent historical log strike locations which feeds back to display impact locations to those on the water allowing them to choose to avoid risky areas or to take additional precautions in those areas.

11 May 2019 we reported on the Cioban-Leontiy v. Silverthorn house boat propeller case making its way through the court system.

May 2019 Mike Wilkins adult sponsor of the American Christian Academy high school bass fishing team tells the story on video of their team striking a submerged object while running the leash. This is a very compelling video.

10 June 2019 Kali’s Law signed by Governor of Texas requiring mandatory wear of kill switches on some vessels. The bill was named for Kali Gorzell.

17 June 2019 Rex Chambers died. Rex, a well known professional bass fisherman, was also known for promoting The Leash after an earlier accident in which an outboard motor entered his boat.

28 June 2019 70th anniversary of a 28 June 1949 New York Times report of a young 13 year old girl, Imogene Wittche, swimming in Lake Tahoe, loosing both her feet to a boat propeller, now in a hospital thinking both her feet are still attached and she will be up and going in a few weeks. Her father is grieving over how to tell her that her feet are gone.

1 August USCG National Boating Safety Advisory Committee was told that their charter had expired. A new charter is being routed for approval. There will be no October 2019 meeting and their best estimate of the next meeting will be in the Fall of 2020. 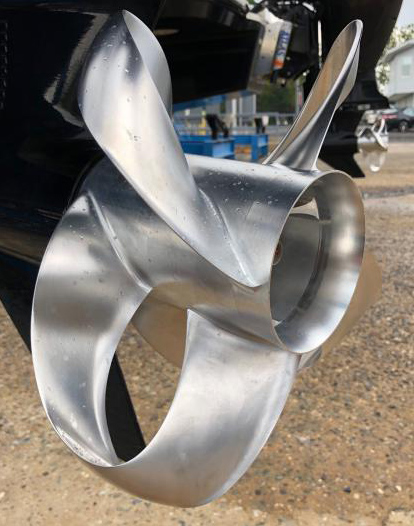 14 October 2019 Boat Test reviewed the Sharrow propeller, a new design that shows tremendous promise in terms of efficiency, fuel consumption, acceleration, and top speeds. The review generated considerable attention. Any impact of the new design on propeller safety remains to be seen.